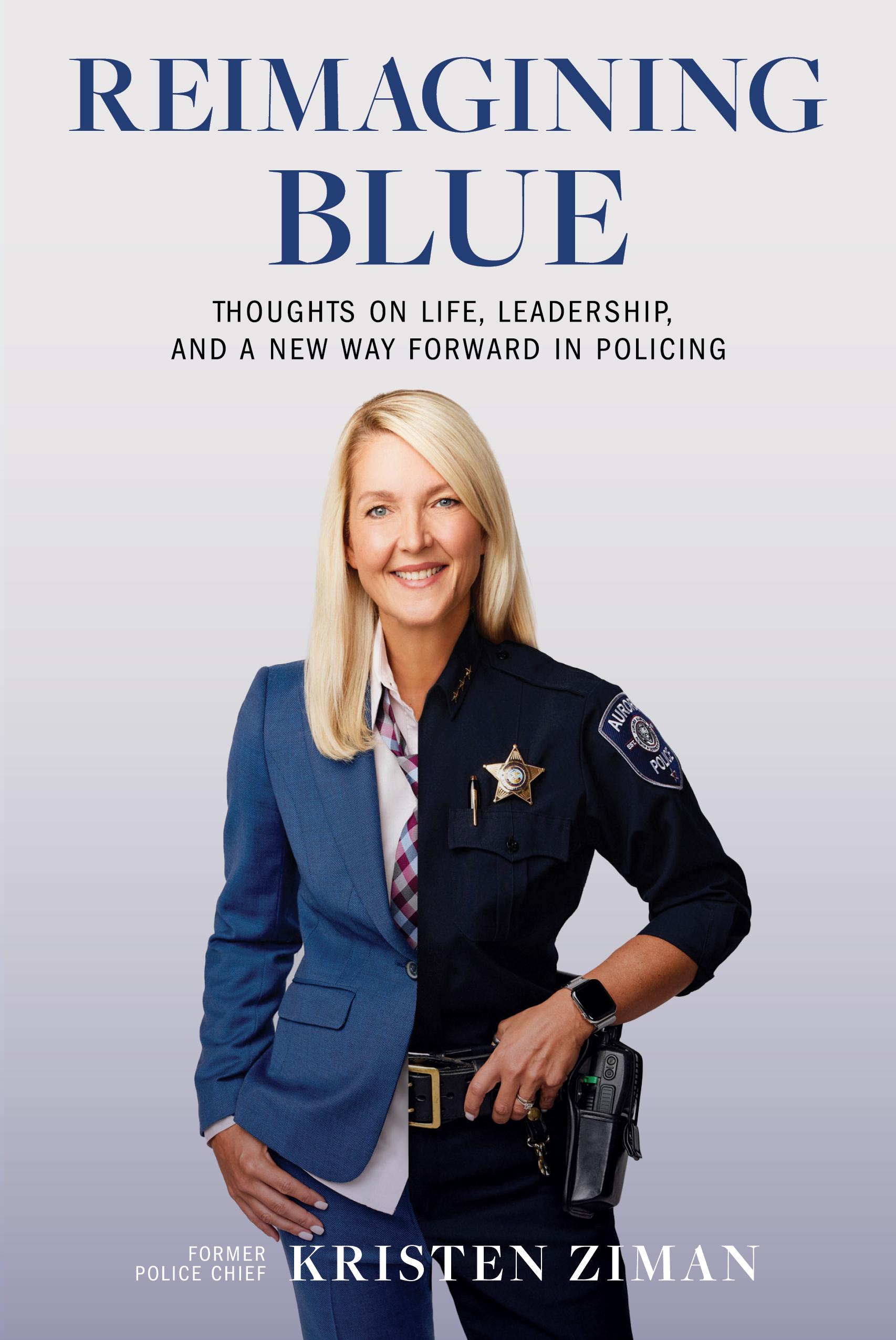 Retired Chief of Police Kristen Ziman will sign copies of her book, Reimagining Blue, in the Gift Shop at the Pierce Center from 5-7pm on Tuesday, November 8.

A history-maker as Aurora’s first female chief of police, she inspires and enlightens.  The book is $26 plus tax; 10% discount to AHS members.

In Reimagining Blue, retired Aurora police chief Kristen Ziman examines the current hostilities between law enforcement and the communities they serve—offering guidance on a new way forward in policing. Through thoughtful analysis and personal reflections, Ziman tells the story of her twenty-seven year career, which spanned some of the most turbulent events in the history of law enforcement.

As a teen cadet who came from a family of law enforcers, Ziman always wanted to be a cop. But nothing could have prepared her for the turmoil that would unfold during her tenure as the police chief of Aurora, Illinois, the second largest city in the state. A mass shooting, a pandemic, and civil unrest that threatened the trusting relationship between her department and her community became her greatest professional challenges.

But they wouldn’t be her only challenges. Out of thousands of police chiefs in the country, only 500 are women, and as the first female police chief in her department, Ziman faced preconceived, negative assumptions of female leadership on a regular basis.

Reimagining Blue is largely a reaction to these difficulties, offering advice to police officers who want to stand up to abuses of power and institutional groupthink. But beyond law enforcement, the book offers lessons for leaders in any industry–including how to succeed as a woman in a male-dominated field, finding the courage to change toxic office culture, and how to earn respect as a coworker or boss.

This deeply moving memoir is a story of vulnerability and perseverance in policing—and in life. It’s a raw and honest portrayal told by a flawed human who cares deeply for her community and colleagues.

Although she is now retired from the force, Kristen is still passionate about policing, and believes the men and women who wear the uniform provide the best examples of selflessness. Her work as a writer and public speaker explores her former profession while chronicling the colorful journey of life and leadership that taught her so many lessons. You can learn more at kristenziman.com