Andy Aurora, the 1964 figure used by the city of Aurora to promote its image, is headed off on a new adventure in 2018, but he needs the help of Aurora friends to make it happen. 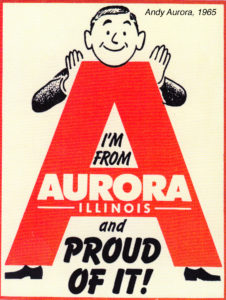 Created by the team of then-city treasurer Jerry Morrow and Beacon-News artist John Jarvis, Andy is an A-shaped figure in bright red, smiling optimistically and proclaiming “I’m from Aurora, Illinois and PROUD OF IT!”   The image was used on city documents and decals in 1964 and 65, and residents were encouraged to take Andy on vacation to be photographed in places far and wide.

Forgotten after that for decades, in 2012 Andy was resurrected from Aurora Historical Society files by then-curator Jennifer Putzier as part of the city’s 175 anniversary celebrations.   Residents carried small placards with his image around the United States and the world during the festival year, emailing back selfies and images which were later made into a 3-minute video, “Andy Aurora’s Excellent Year” set to the high-energy romp “(Proud To Be An) Aurora Boy” by Aurora songwriter Bradley Green.  Watch the 2012 video at the bottom of this page. 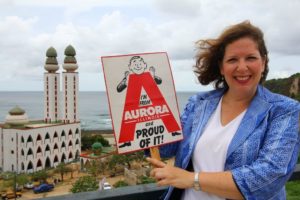 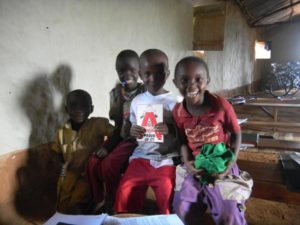 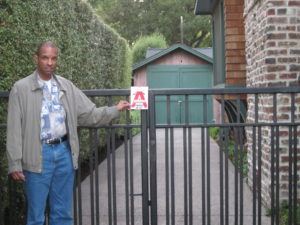 Andy and Auroran Darren Lee at the garage where Hewlett Packard began in Palo, Alto CA 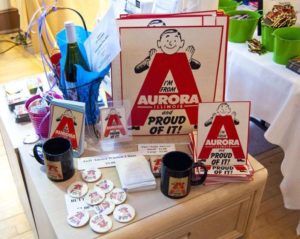 Merchandise available at the Aurora Shop 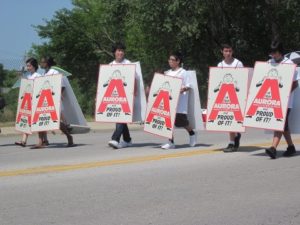 Andys in the Fourth of July Parade in Aurora, 2012 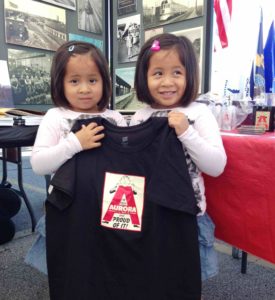 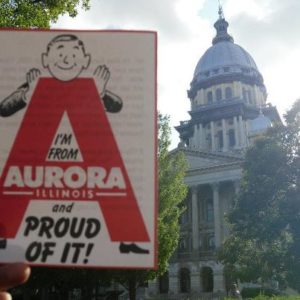 The Illinois State Capital in 2012 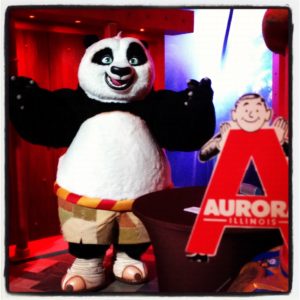 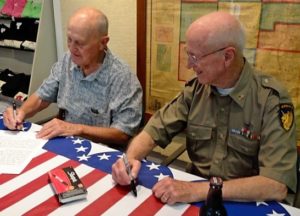 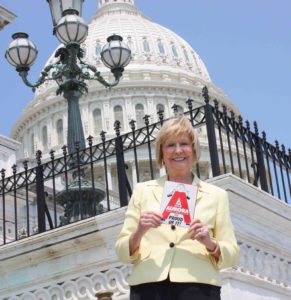 Former Representative Judy Biggert at the U.S. Capital in 2012 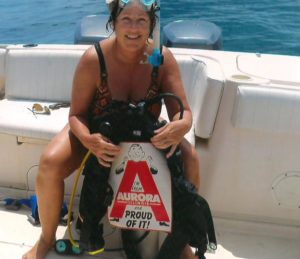 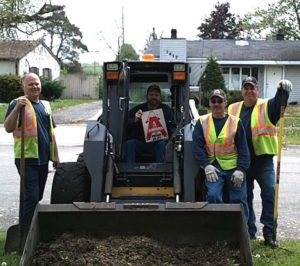 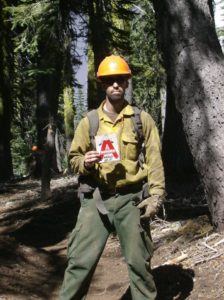 The bicentennial year of 2018 will be the occasion for another romp for Andy, as the historical society is once again selling placards for residents to take along on trips, or even just around town, exploring landmarks and interesting places and carrying Aurora pride far and wide.  Placards are available in two sizes, 5.5 x 7 and 11 x 14 for the cost of $2 or $5 at The Aurora Shop,  20 E. Downer Place, Aurora, IL  60505.  Shop hours are Wed-Sat from Noon-4pm.
Photos taken with Andy should be uploaded to the AHS Facebook page, aurorahistory, with details about who took the picture, who is in the picture and the location, as well as date.