A shining example of Aurora’s industrial and artistic history is now on display at the Governor’s Mansion in Springfield, Illinois, thanks to the Aurora Historical Society.  It is an ornate silverplate water pitcher made in 1892 and the public can see it while taking free tours of the mansion through the end of Illinois’ bicentennial year, 2018. 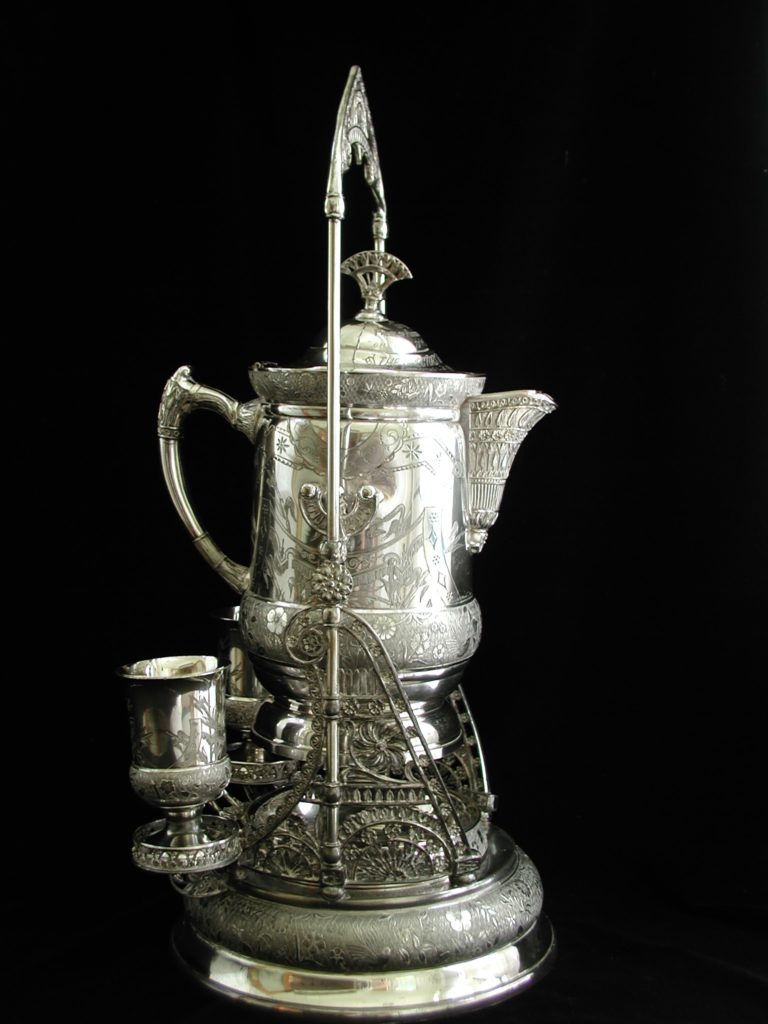 “The art historian for the exhibit came to us several years ago,” said John Jaros, Executive Director of the historical society, “wanting to know if we had anything special enough for this first-ever public presentation of historical art in Illinois.  She loved several of the things we showed her, but decided on the Aurora Silverplate Company pitcher because it tells so many different stories at once.”

Part of the story is the growth of consumerism in America.  The discovery early in the 19th century of how to electroplate common metals had made it possible for the average household to own attractive silver tableware and decorative items at one-tenth the cost of fine silver.

Another part of the story is the growth of industrialism in the north.   After the Civil War, city leaders in Aurora were fretting over the lack of diversity in manufacturing which, in their opinion, made local merchants too dependent on the railroad for business.  They managed to persuade a startup silver plating business in Chicago to relocate to Aurora. 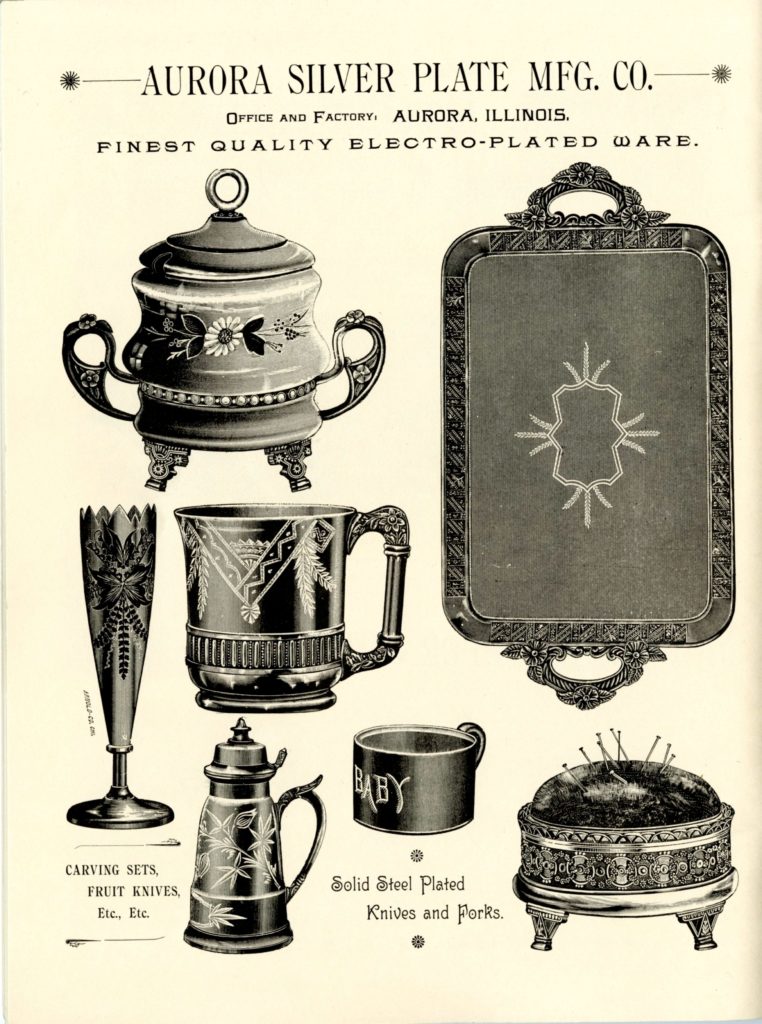 Advertisement for the company from 1890

With rail and river access to vast swathes of a barely-settled country, and with eager local investors and a swelling work force of European immigrants, the Aurora Silverplate Company flourished from 1869 until 1919.  After the first factory burned down, a second one was erected on Fox Street (now Downer Place), this time made of brick over limestone foundations.  It was three stories high, encompassed 20,000 square feet of manufacturing space and boasted 185 windows.  Today a small portion of the building remains at 6 East Downer Place, the northeast corner of Downer and Stolp Avenue.  The business was sold to Mulholland Brothers Silver Company, which continued to manufacture silverplate for several more decades.

The art piece on loan from Aurora is a tilting water pitcher with outrider goblets.  These were popular wedding and special-occasion gifts in the Victorian era and this particular one is a brilliant example of the work of the firm, which had a national reputation for quality and artistry.   Heavily engraved with the good wishes of the board of directors, it was presented to the company’s president, William Dickinson, on the occasion of his 78thbirthday in 1892.

It is on display in a third-floor sitting room at the mansion. 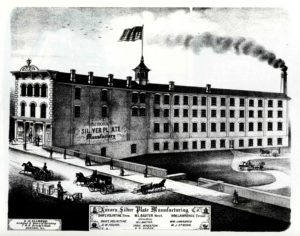 1872 rendering of the Silver Plate factory 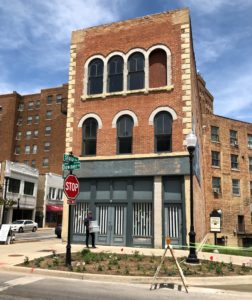 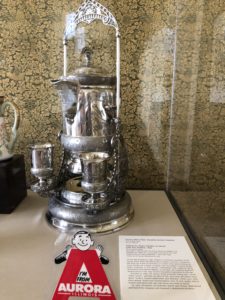 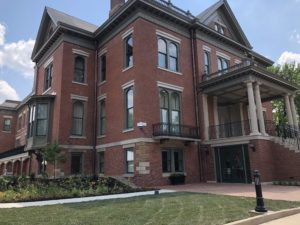 The exhibit, which celebrates the Illinois bicentennial, is entitled Art of Illinois, and presents 93 objects made in Illinois over a period of 750 years, most of them on loan from private collectors or museums and historical societies, with a few being the property of the State of Illinois.  It coincides with the reopening of the Governor’s Mansion, which received a $15 million, privately-funded makeover in the last two years.

The exhibit will run through the end of December, 2018.  Sixty-minute guided tours are free and are currently offered every half hour from 1-4pm daily.  The mansion, built in 1855 and, thanks to a 1970s addition, the second-largest governor’s mansion in the country, is at 410 East Jackson Street in Springfield.  The phone number is 217-782-6450.